Edit
watch 01:36
We're Getting Mutants in the MCU - The Loop
Do you like this video?
Play Sound

The Rebels’ base on Hoth has been discovered by the Empire! As Imperial walkers descend to the surface and the last transports flee, a few heroes of the Rebellion step forward to protect a colony of refugees. Little do they know that their heroic actions will eventually lead them back to the very place from which they fled: Hoth!

Return to Hoth is a new expansion for Imperial Assault, offering plenty of new content for the campaign and skirmish games. A new full-length campaign allows the Rebel heroes to take up a new story in the aftermath of the Battle of Hoth, while new rules for four-player skirmish games invite you to play a massive, multi-fronted battle. With thirty-seven double-sided terrain tiles depicting the icy wastes of Hoth, sixteen sculpted plastic figures to swell your forces, and a host of cards for both campaigns and skirmishes, Return to Hoth changes your games of Imperial Assault forever! 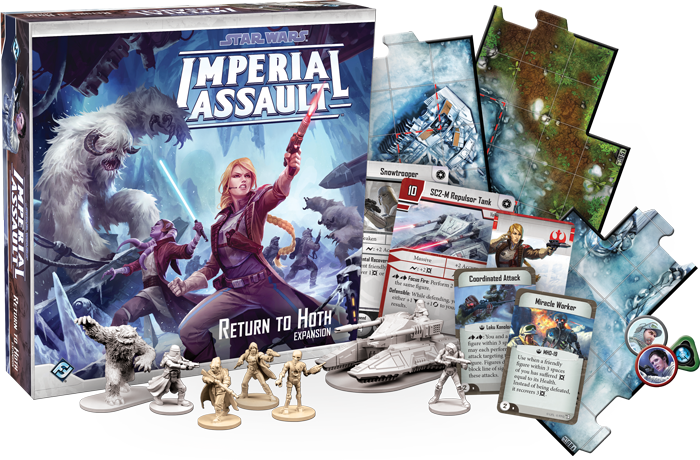 The following are the individual figure packs which were released at the same time as Return to Hoth: