Droids are common throughout the galaxy, but to the Jawas of Tatooine, they’re something special. Once taken as salvage, droids can be broken apart for parts, rebuilt and sold, or even incorporated into the Jawa’s scavenging operation. As the Jawa Scavengers join the galaxy’s Mercenaries in this Villain Pack, you’ll also find ways to improve the droids fighting by your side.

This Villain Pack offers a single Jawa Scavenger figure, alongside all the Deployment cards you need to field normal or elite versions in your campaign or skirmish games. Your campaigns may take you to the wastes of Tatooine as you interfere with a Jawa salvage operation, but a Jawa Scavenger can also be recruited into your skirmish team, especially if you’re fighting in the new Mos Eisley Back Alleys map. Whether you’re trawling the Jundland Wastes for salvage or headed elsewhere in the galaxy, a few Jawa Scavengers would rarely go amiss in your team. 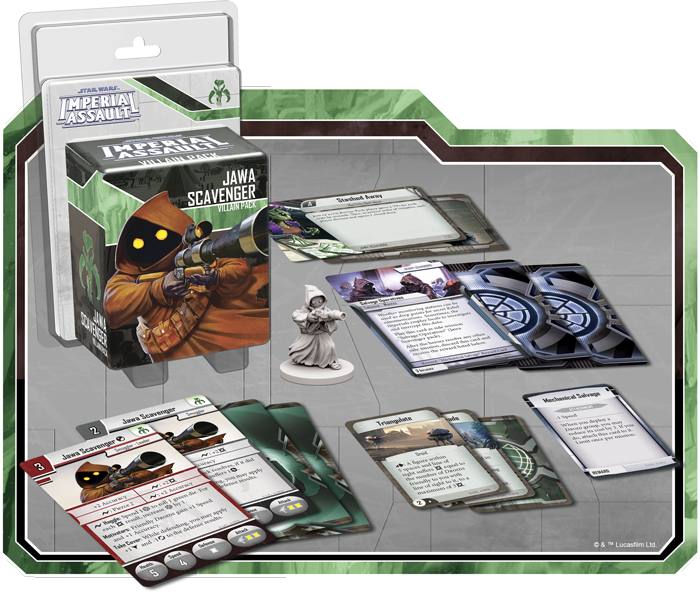 Retrieved from "https://imperial-assault.fandom.com/wiki/Jawa_Scavenger_Villain_Pack?oldid=12393"
Community content is available under CC-BY-SA unless otherwise noted.