Throw Force lightning, tempt others down the road to ruin, and spur others toward spontaneous violence with the Emperor Palpatine Villain Pack for Imperial Assault!

Although this Sith Lord and head of the Galactic Empire does most of his work behind the scenes, playing admirals and generals and politicians like puppets, you'll find Palpatine more than capable of taking to the streets and acting directly to advance his interests. No matter whether you have the Emperor navigate Coruscant and its intrigues in your campaign or lead his army into quickly fought skirmishes, his impressive melee skills and inherent Pierce "3" offer only the merest hints of his full range of power.

And, as befits his status as master of the dark side of the Force and supreme ruler of the galaxy, the Emperor also comes with a full suite of Force-themed Command cards and an Agenda deck that allows you to explore his many plots. 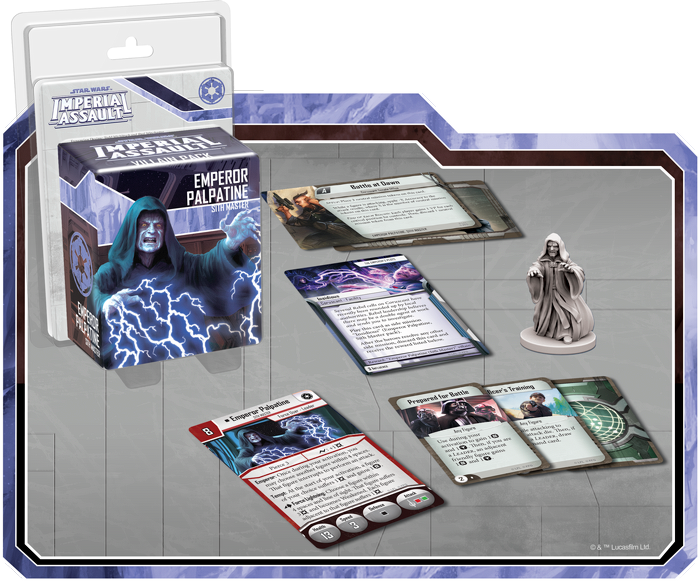